If you ever wondered why the Rock and Roll Hall of Fame resides in Cleveland and when the first "Dawgs" growled, here is a bit of history: 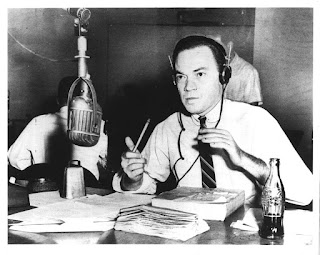 On this day in 1952 local radio disc jockey Alan Freed, who coined the phrase "Rock and Roll" to describe the kind of music he had been spinning on his radio show on WJW did something that had never been done before. He, along with Cleveland record-store owner Leo Mintz, who had great interest in appealing to young customers of all races, began sponsoring a three hour rhythm and blues radio program. The "Moondog" himself, Alan Freed, appealed greatly to the younger generation with his his hip new personality and cool vocabulary.  The late night radio show, known as "The Moon Dog House" became increasingly popular, spurning Mintz and Freed to expand on this popularity by holding a live dance featuring artists from the show. Dubbed as "The Moondog Coronation Ball," hosted by the Alan Freed, the "father of rock and roll" himself, featured headliners Paul Williams and his Hucklebuckers and Tiny Grimes and the Rocking Highlanders. 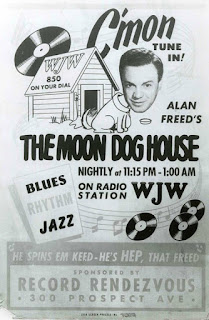 Tickets sold out in a single day and thousands of teenagers lined up early at the Cleveland Arena hours before the show that cold Friday afternoon. The Moondog Coronation Ball held on March 21, 1952 became recognized in history as the very first major rock and roll concert.

Unfortunately, the show was shut down by police in less than an hour due to near-riot conditions as approximately 25,000 fans swarmed the 10,000 capacity arena. Citing issues from massive counterfeiting and possibly over booking, the tremendous overflow crowd broke through the gates to gain entry into the concert. That evening Alan Freed took the the airwaves offering an apology to listeners who attempted to attend the event. He said, "If anyone had told us that some 20 or 25,000 people would try to get into a dance; I suppose you would have been just like me... You would have laughed and said they were crazy!"

As for the "Dawgs" of Cleveland - Alan Freed, the "Moondog" himself, and his successful radio show entitled "The Moon Dog House" paved the way for the likes of Geauga Dog, the mascot for Geauga Lake Amusement Park which was in existence from 1889 to 1999; Kobby the purebred boxer who was the mascot for Cleveland Fire Department's Engine Co. 24 in 1966; the Cleveland Cavilers' mascot "Moondog"; and of course, the Cleveland Browns mascots "Comps" and "Swagger" not to mention the infamous Dawg Pound...  Coincidence, subliminal or just  natural progression, either way The Cleveland Dog is firmly ensconced in the city's history and there is no doubt as to where Rock and Roll was born.